With You, Whatever Happens 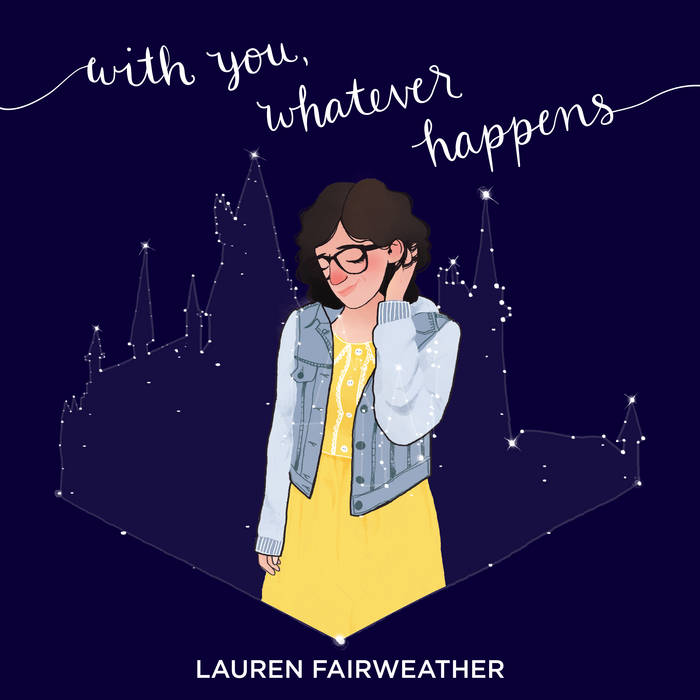 Evan Lauren, you have total outdone yourself with this album! It is amazing! Favorite track: With You, Whatever Happens.

tsukidag I come to Laurens music again and again when I need something cheery- almost deceptively so? Because her music Brings me back to Wrock shows and LeakyCon and the spaces that make me feel most accepted, which is a blessing when it feels so far away.

This is just another gorgeous example of her wonderful work. THANK YOU. Favorite track: Home.

Laura Mater I'm always in awe of how Lauren's music make me feel both so very sad and happy at the same time. I'm always reminded of the warmth and friendship from cons and wrock events and gives me hope in my day-to-day life. Favorite track: Lost and Found.

After seven years of songwriting and touring (an entire Hogwarts education), Lauren Fairweather returns with the full band wizard rock album of her dreams. These mostly upbeat, acoustic guitar-centered indie pop songs focus on female characters in the Harry Potter series - along with a few muggle songs and one inspired by The Fault in Our Stars by John Green. Keep an ear out for a guest appearance from the other half of The Moaning Myrtles and be sure to thank anyone you know who contributed to the Indiegogo campaign that made this album possible.

Bandcamp Daily  your guide to the world of Bandcamp